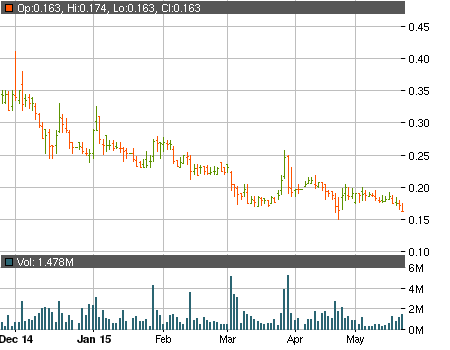 The slow share price decline that had gripped TerraTech Corp. (OTCMKTS:TRTC) stock for a while seems to still be here. In yesterday’s session TRTC slipped 4.8% to stop at $0.16 per share as 1.47 million shares changed hands. The company has yet to log a green close after putting up its quarterly report late last Friday.

Over the last couple of days the most exciting things happening with TRTC were a bit of insider trading, as well as some mostly fluff PR. There are four new Form 4 filings that came over the last two days. Company director Michael Nahass purchased some 300,000 TRTC common shares on the open market. On the other hand, directors Ken and Steve VandeVrede of Edible Gardens sold a total of 145,000 shares, once again into the open market.

Even though the insider buying outweighed the selling, this did not seem to inspire much confidence in investors. The Form 4 filings coincided with a couple of new press releases from TRTC. The company announced that its IVXX (pronounced four-twenty) cannabis and cannabis-derivatives product line is now available at two new locations in California.

While it’s true that the Q1 report highlighted the onset of IVXX sales as the main driving factor behind the year-over-year growth in quarterly revenues, it’s also true that the reason why TRTC was trading at over $0.60 was certainly not IVXX or the March 2014 announcement that the company was expanding into ‘botanical extraction’. Instead, the reason was that TRTC was making big plans about becoming a stock that grows, cultivates and sells the plant.

It has been a couple of months since TRTC briefed investors on what’s going on with the dispensary locations that are expected to open doors in ‘summer 2015’. The promise of a fully integrated, seed-to-sale business within the structure of the public company is largely why TRTC attracted so much attention, even before it turned into a proper ‘pot stock’ after it started selling IVXX products. Until major news concerning the company’s proposed Nevada locations arrive, the stock might keep oscillating in its recent ranges.