CATASYS INC (OTSMKTS:CATS) Going Up And Down 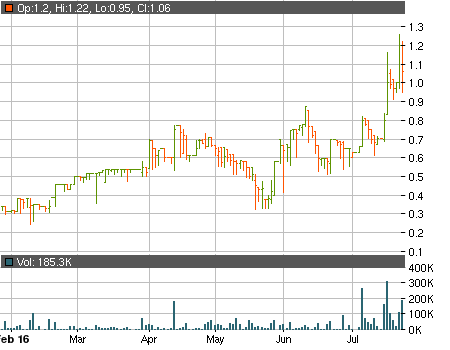 Catasys Inc (OTCMKTS:CATS) has had an interesting performance in this year, so far. The ticker has managed to gain a decent amount of value, but it has had its difficult moments. Meanwhile, the company stock has been relatively illiquid and we have often seen sessions with less than $10 thousand in daily dollar volume.

The most profound downward ride that CATS took this year was back in May, when the company was to publish its financial report for the first quarter of the year. It filed the report in question on May 13 and it contained the following numbers of prime interest in its balance sheet.

Those numbers aren’t that good, but they seem to have been sufficient to push CATS to a market value of nearly $60 million. The company itself is regularly posting new optimistic press releases, keeping the hype up.

Last week ended pretty well and we saw CATS climb another 20% up the charts. Yesterday’s session, however, was rather disappointing and the ticker lost 11.67% of its value, dropping to $1.06, while a total of 185 thousand traded shares generated $209 thousand in daily dollar volume.

We see that CATS is still hesitating in today’s session and we shouldn’t forget the massive amount of debt that the company has, a portion of which we discussed in our previous article. In any case, be sure to do your due diligence and weigh out the risks before putting any money on the line.