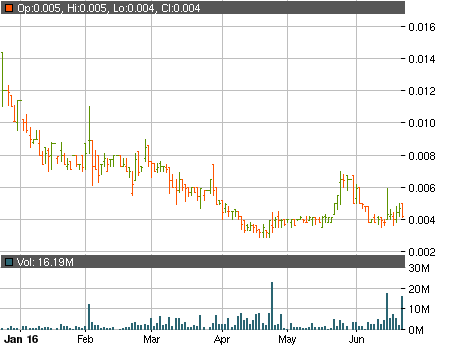 Gawk Inc (OTCMKTS:GAWK) has had a rough start of the year, but managed to regain some of the lost value over the course of last month. Unfortunately, as the ticker entered June we saw it lose almost all of the gains that it made, while the daily volumes increased.

Meanwhile, the company’s market cap isn’t that big compared to other OTC marketplace listed entities, especially when we take its financial state into consideration. Here is a quick example of some of the numbers of prime interest contained in GAWK’s financial report for the quarterly period ended April 30.

While those numbers are far from perfect we do see a massive 2393% increase in revenues on a year-over-year basis. Unfortunately, the net loss has also gone up and is more than two times bigger than what GAWK recorded in the same period last year.

GAWK has recently come up with a new press release announcing a fourth acquisition that should add at least $1 million in revenues. While the news from Tuesday were promising we saw the ticker lose 11.37% of its value in yesterday’s session, closing at $0.004 per share on impressive volume. Over 28.46 million shares changed their owners, generating $123 thousand in daily trade value.

Things are looking up in today’s session and GAWK is nearly 10% in the green as of the writing of this article. Still, this doesn’t mean that you should skip doing your due diligence and weighing out the risks before putting any money on the line.